A Bad Case of the Lonelies

This time of year never seems to be good for me.  The excitement of the holidays is over and it's cold and dreary outside.  But, wait.  It's not cold and dreary outside.  This winter has not been.... well, winter.  It has yet to snow more than a dusting.  The average high has been in the 40s or higher at times.  The sun has even been shining through the windows.  All of which never usually happens in January and February.

So, why in the hell am I still slowly going into depression mode again?  Well, this last month has been busy.  "Great!" you say?  Nope.  Not so much.  Busy used to be good for me.  Busy meant I had plans with friends, I was working a lot, keeping busy with activities for the kids, and training for a race of some sorts.  The main thing that busy used to mean... I had a social life.  Whether it was with friends or my husband, I had plans on the weekends.  Busy used to mean I was keeping my mind busy... happy.  Or at least not depressed.

Okay, I'll stop there, even though I'm pretty sure I lost you at "feeling sick" number 6.  However, that's exactly what my last month or more has looked like.  Activity makes me sick.  I've had a LOT of activity.  Therefore, I've also been sick a LOT. 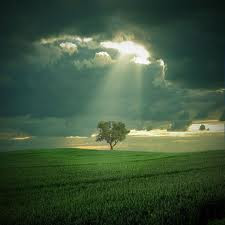 Along with all of that, I've had a horrible case of the lonelies.  I thought Jan. was supposed to be everyone's slow month.  However, I haven't talked to 90% of my friends.  (I use a percentage to make it sound like I have a lot of friends to begin with.  More accurately, I haven't talked to 83% of my friends.)  For a couple of weeks I was pretty upset that I hadn't heard from any of them, including the one friend I'm closest to.  (In sixth grade terms, my BFF.)  I had been to Atlanta and back and yet no calls, emails, texts, or carrier pigeons from my friends to see how it went.  I was somewhat comforted later to realize/find out that my BFF was not calling because she was finding out through other sources that I was feeling bad so she didn't want to bother me.  When we finally talked, I explained that it's okay to bother me.  If I'm not feeling up to talking, I'll say so.  But the fact that she called would make me feel better by letting me know that she's thinking about me and cares enough to check up on me.

Then there's those friendships... we've all had them... in which it's totally one sided.  If I don't call, text, email, or send a letter via pony express we don't talk.  If I don't invite them over or make plans to get together, we don't see each other.  So what do you do in those situations?  In the past when this has happened, "see ya!".  But in the past I had a self esteem, more friends, or at least the ability to make more.  So, what now?  There's not much to gain out of friendship like that.  And all it seems to do is bring me down when I think about how close we were at one point in time (in one situation).

All relationships are different when you have a chronic illness, but friendships are especially difficult.  It's difficult for me to put forth a ton of effort.  I don't call people a lot because many times I don't feel like talking on the phone.  I can't make plans with people to go places as I cannot tolerate that much activity.  I can't make plans period because many times I have to cancel at the last minute due to feeling too sick.  In addition to that, I don't figure people want to come over all the time just to sit and talk.  I don't have to assume that, actually, because if people wanted to come over and sit and talk to me then they would.  There is only one person who does that... and it makes my day/week when she's able to visit.

I even see one of my best friends every day of my life, but I still get lonely.  He is so busy being an employee, a father, and a caretaker that at the end of the day he doesn't have time to be a friend or a husband.  Sometimes it makes it worse that I'm around one of my best friends all the time but never get to spend any time together as friends or lovers.  It almost makes me more lonely.

So, my main connection with the outside world on a daily basis is the internet.  I check my email and facebook constantly throughout the day with the hopes that someone sent me a message or interacted with me somehow.  Oh my god that's so sad.

I suppose having "the lonelies" is just one more aspect of being chronically ill that I have to accept and live with.

"One may have a blazing hearth in one's soul, and yet no one ever comes to sit by it." - Vincent Van Gogh

"There is no greater sorrow than to recall in misery the time when we were happy." - Dante
Posted by Robin at 10:30 PM

It sounds like recalling happier times might not be the best "medicine" for you at this venture. Have you considered a support group for people with chronic illness?

In our current world of instant messaging a lot of people are feeling lonely. All of the "social networking" doesn't leave much time for real human interactions.

You're right. Recalling happier times is definitely difficult. However, that's a LOT easier said than done. The brain just does not work that way. I'm not able to just block out those memories; nor would I want to. Sometimes good memories can make me smile. At other times they can make me cry. That's life.

My support group is via facebook. Yes, I would love the human contact. However, as you can read in my blog, getting out of the house is very difficult for me. There's a chance that it might make me feel better emotionally but it will also, most likely, make me more sick. I have looked into support groups and classes and always end up coming to the same conclusion... it would be too difficult for me to attend.

Thanks for reading and giving me your input. It's always welcome!

Silly girl, when we call you don't answer, you don't answer because you don't feel good, you don't anwer so we don't call because we don't want to bother you. . . . We hear how you're feeling; how your tests are going from your blog and from FB. CALL US when you feel good!! :) I do love you!

I agree with what Jenn said. People try and try. But you also have to feel in your heart that they are there and do care. Even when they don't call or text. Allot of people don't want to "bother you". You must reach out to others also. When you feel good, make the call. I am sure everyone would be so glad to hear from you.

I put my heart out there on my blog many times. I don't do it anonymously. If you have something to say to me or talk to me about, PLEASE don't do it anonymously. I am okay with people disagreeing with me. I'm not always right. I'm also okay with the use of anonymous for comments from those people who do not know me. There's no reason to "sign" their comments. However, if you do know me, please let me respond to you as "Suzy Smith" instead of anonymous.

With that being said, I do "make the call". I can't say whether or not I've reached out to you because I don't know who you are.

I guess I don't "feel in my heart" that people are there and do care. I have always been an "actions speak louder than words" kind of person.

I said more in response to this topic in my newest post. You are welcome to read it. There is a way to email me via my blog. If you use anonymous because you don't want the whole world to know you made that comment, then feel free to email me in private. I am more than happy to talk to you that way.

It is really hard for Robin to feel "in her heart" how others feel when, the last time I checked, the heart doesn't speak, especially about how others feel about her. "Actions speak louder than words" is a phrase that gets tossed around alot and has a pretty heavy meaning.