Well, if anyone prayed, thought good thoughts, or wished me luck for me to be well this past week, it didn't work.  Not that I'm shocked or anything since I don't believe in praying to make things better. 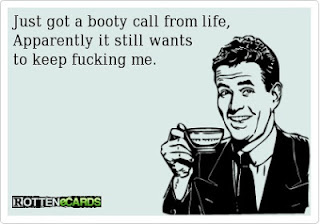 As you may be guessing, this week has not been any better.  In the last 14 days, I have had 1 1/2 good days and 11 1/2 bad/horrible days.  I'm getting to where I'm pretty pissed at the world right now.  It's SO hard to be sick all the time.  Nobody ever thinks about that.

Think about the last time you were sick with a stomach bug.  Now imagine feeling that way for 2 weeks straight.  Then feeling that way for 5 days a couple of weeks later... and again a couple of weeks after that.  I basically have the stomach flu but with a full blown headache/migraine, horrible muscle pain, and extreme muscle weakness at least once a month, if not 2 or more times.  During that time I don't leave the house.  Hell, I don't leave my bed except to vomit.  I don't get any visitors.  I don't have any help for myself, besides having help with my kids... and it's been spring break all week. (luckily my mom took my youngest for 24 hours in the middle of the week so that helped a little)

Imagine laying in bed for almost 2 weeks drenched in sweat (that's from my autonomic nervous system screwing up).  Now imagine eating nothing but soft foods for 2 weeks while vomiting on a regular basis.  Everything you eat and drink makes your abdomen hurt and causes extreme nausea. You have a headache the size of a horrible migraine that most people would go to the ER for, but migraine meds don't touch it.  You don't have enough energy to walk to the bathroom without help from your spouse even though it's only 10 feet away.  If you didn't have the ability to get IV fluids at home, you'd have been in the hospital over a week ago. Despite constantly being drenched in sweat, you don't have the energy to shower.  Your one and only care taker is too busy working and/or taking care of the 2 kids in the house and the house itself.  And even though you feel completely and totally awful and can barely take care of yourself, you still have to take care of a 6 year old and a 14 year old (kind of).

That's what I have been dealing with for the past 2 weeks and what I deal with on a regular basis.  Maybe I just need to start going to the hospital so I can have someone to take care of me.  I think the next time I'm sick like that I will.  I'd much rather be at home in my own bed but as long as I'm there, I don't have anyone to take care of me for 80% of the day and I'm the one responsible for taking care of my kids.

Despite feeling this way, I am still trying to help others. I am, of course, doing everything I can to take care of my kids. I am constantly trying to help with my grandpa, who's in a nursing home, as you read in my last post.  I am always trying to make sure I'm making my friends happy... new and old.  I go out of my way to show new friends that I care.  I am organizing 3 fundraisers in the next 6 months for UMDF (United Mitochondrial Disease Foundation).  One of which I'm trying to organize right now.  I need to get working on another one of the 3 but I haven't been well enough to do so.  And that doesn't count the day to day requirements like paying bills and taking care of the jewelry designing/selling business that I'm attempting to run.  However... 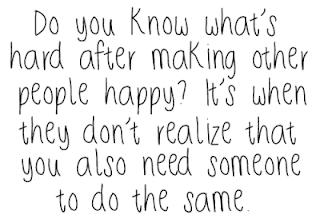 Being sick is SO lonely.  And, I could go on about that since that is one of the things that is bothering me so much right now.  However, I already have.  So, instead of repeating myself... I'll just repost the second half of a post titled "Chronic Disease = Chronic Loneliness", since that's EXACTLY how I feel right now....

Being sick is lonely.Very lonely. 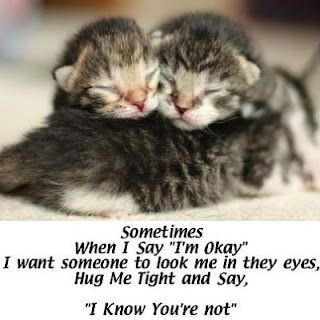 Another couple of sentences from the article really stood out to me as well...  "Connections matter... Maybe the human touch, even on the phone, reassures us we are not standing alone on the battlefield, fighting for our lives. ... No matter how supportive family and friends are, it is wrenching for us to feel so alone."..."We long to touch and be touched." (Cohen, 2011)

The picture above, with the cats, explains it all.  When I've been feeling sick as hell for 10+ days, I just wish I had a friend or family member come give me a hug and let me know it'll all be okay.  Maybe spend a couple of hours just sitting by my side so I know I'm not alone, or doing chores around the house while asking me if I need anything occasionally.  I just want to know that people give a shit.

Awhile back someone wrote an anonymous comment, even though it was obviously someone I know, saying that I should "just know".  I shouldn't rely on actions or words from people to know that they care.  I should "just know".  Well, you spend over half of your life in bed, feeling horrible and unable to move and then tell me that you're okay with people not telling you or showing you that they love you.  It's real easy when you're out and about, keeping busy, living your life to say that you don't care if others show you or tell you that they care... that you "just know".  It's not quite so easy when you feel miserable day in and day out and rarely communicate with the outside world.  All the while, hearing about people dying from the same disease on a weekly basis. (Yes, adults too.)  I've also covered this topic before but it came to mind again so I, as usual, couldn't keep it to myself.  Here's my first post on the topic - Dear Anonymous

Soooo, my parents are helping me pay for someone to come help around the house and take care of me and the kids.  Did they just finally realize that I can't get enough help from people who would do it for free?  Maybe.  I figured that out a long time ago.  Well, for whatever reason they're doing it, I'm happy they are.  I REALLY need the help, especially when I'm sick.  Of course, I just now found someone after trying for the last month or so.  She is someone I know from the mito community who I have become friends with.  She has a soon with mito.  I'm really hoping it works out.  It's just really sad that I have to pay someone to come visit me and help with things around our house.

Every now and then I go through a stage in which my husband and I say "we can do it by ourselves... we don't need anyone's help anyway."  Then I get sick for 2 weeks and that changes.  We can do it by ourselves... it just sucks.  It's lonely, dirty (dirty house, dirty clothes), full of late, unhealthy dinners, and undisciplined kids who have to take care of themselves.