The Loss of a Beautiful Soul

Two weeks ago the world lost a beautiful soul.  Elias "Eli" Tomkins passed away from complications from tonsils, adenoids, and ear tubes surgery and Mitochondrial Disease.  My "mito buddy", Eli, was only 3 years old.  He was my "mito buddy" because he was my only "friend" with Mitochondrial Disease.  Just before last year's Energy for Life walk I had gotten in touch with Heather Tomkins, Eli's mom, to talk to her about starting a team for the walk again.  She brought Eli to the Shopping for a Cure fundraiser at my house. That was the first time I met Heather and Eli.  After that Heather and I became friends. 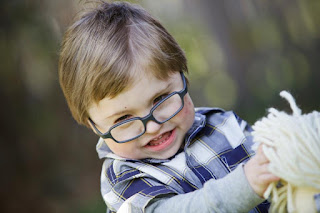 Eli was such a beautiful soul.  He was almost always smiling, despite all that he had to go through because of Mitochondrial Disease.  He was in and out of the hospital all the time.  Even when he wasn't in the hospital he had nursing care 6 days a week at home to help his parents take care of him.  He had a severe case of Mitochondrial Disease.  However, despite all of this, his death was still a surprise.  Most children with this disease slowly (and sometimes quickly) progress until they are finally put on hospice and pass away.  That was not what happened in this situation.  Eli had a scheduled surgery to have ear tubes placed and tonsils and adenoids removed.  That surgery occurred on Thursday and he passed away in the early morning hours on Sunday.  The surgery and anesthesia was just too much for his body to handle this time. 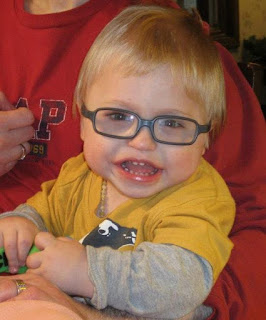 This is a true example of "life's too short" and you never know what's going to happen tomorrow.  Being a friend of Heather's, it was so heartbreaking to deal with Eli's passing.  A mother should never have to bury her son.  Each and every time I would talk to my friend or receive a text from her, my heart would break for her.  She just couldn't handle it.  I don't know how I would.

Mitochondrial Disease is SUCH a horrible disease.  I have heard of way too many deaths since I was diagnosed and, therefore, became involved in the mito community.  And I'm sure I will hear of many more.  I was not ready for someone so close to me to pass away this soon.  I know a lot of people from the mito community, especially because of my work with the EFL walk.  I would be bothered by the death of any of those people, but no where near like I am in this situation.  I am closer to Heather and her family than I am to anyone else in the mito community.  That's why I took it so hard.

I was so pleased that Heather gave me the opportunity to help by asking me to bake cupcakes that she wanted to have at the visitation.  So, it may have completely wore me out to make 100 cupcakes, but I didn't care.  I needed to be able to do something.  Something more than just saying "I'm here for you."

There are several fundraisers coming up in the next few months for the United Mitochondrial Disease Foundation.  When thinking about the fundraisers and thinking about whether or not you should donate, how much you should donate, if you should reach out to everyone you know to donate, etc. etc., please think about little Eli.  Think about Eli's mother, my good friend Heather, and how she's feeling right now after the loss of her child.  Think about the research that's being done to try to find an effective treatment for Mitochondrial Disease so that children like Eli could live FAR past the age of 3 years old.  If all you had to do was talk to your friends and family and convince them all to donate $10, think about how much that would help.  Then add that to all of my other friends and family doing the same with their contacts.  The possibilities!!!

Since I brought up the fundraisers, I want everyone to put these dates on their calendars.  I have already sent out a "Save the Date" email but a few people have still asked about the dates.  So here's a reminder...


Shopping for a Cure
What:  Shop from numerous vendors who will donate a large
portion of their proceeds to UMDF
When:  August 17th, 2013
Details:  When it gets closer I will be recruiting vendors to participate.  Then I will, of course, need shoppers.  The best way to pass along the information is by word of mouth.  So I will be asking everyone to pass out fliers and tell their family and friends.

Energy for Life Walk
What:  Raise money for UMDF by getting pledges from all of your contacts
before walking with Team Mito*Gone*Driacs.
When:  September 14th, 2013
Details:  As you're all familiar with, you will hear from me numerous times prior to the walk to remind you about fundraising, signing up to walk, volunteering, and recruiting others to join our team and fund raise with us.  I will be planning and organizing the walk again this year.  This time with help from the person who organized the walks/runs in the past.  If you're interested in helping us prepare for the walk, please let me know.  We would love the help.