Why am I even doing this?

Just 7 or 8 months ago, maybe more, I had finally hit acceptance.  I was finally settling into my new life with mito.  I had realized that this is my life and it always will be, no matter what I do.  I was caring about my looks again and wearing make-up on a regular basis.  I was scheduling dates with my husband and going shopping for some nicer clothes.  I was also working on getting my jewelry business up and running.

I can tell you that the one thing that bothers me the most, as always, is the lack of support, friends, etc.  I know, I know.  I sound like a broken record.  That is the main reason why I haven't posted.  I'm sure everyone's tired of hearing me talk about my lack of support, friends/family that aren't there for me, and how lonely I am.  That's why I've chosen not to post.  I always post what's on my mind and that's been the majority of what's on my mind over the last couple of months.  So if you're tired of listening to the broken record, stop reading now.

The one thing I need more anything right now is someone to come tell me it'll all be okay... someone to hug me and tell me that they're there for me... someone to call me more often than once every couple of months to ask me how I'm doing.  It all boils down to needing to feel loved and cared about.  That's something I haven't felt much of recently.  And that fact has put me into the downward spiral of depression that I'm in right now.

Not only have I not had what I mentioned above, I've had the exact opposite.  Just a couple of weeks ago I was hurt, badly, by someone with whom I trusted more than all but one other person in this world.  The things that were said to me were extremely hurtful.  It will take a lot to mend the relationship back to where it was originally.  And, like I said, this was someone that I trusted.  Someone with whom I never would've thought would hurt me and say things like that to me.  But, it is what it is and I must now deal with one less close relationship in my life.

You know, being ill 24/7 is SOOOO much more difficult than people can even imagine.  So, no, I'm not positive all the time.  It's easier to be positive when you know people care about you.... and show it.  I can't help the fact that I have to spend most of my time at my house.  I want, more than anything, to go out with friends to do things or to go to their house instead of mine.  However, I want to have the support of friends/family without it making me sick in return.

I admit that I am not as fun to be around as I used to be (especially recently since I've been so depressed, but not many people know what I've been like recently).  I know that I am cranky and irritable many times.  I try my hardest to not be that way even when I'm in horrible pain, nauseous, too weak to lift my arms or legs, extremely fatigued or all of the above.  Most people wouldn't be able to put on the act that I put on for others when I'm feeling bad.  If people think I'm cranky or irritable now, they should see how I would act if I didn't try to hide it.  I'm gathering that no one thinks about how I must be feeling when I'm being irritable.  People just immediately think that I'm just a bitch because that's who I am or take it personally.

Lastly... do I expect too much out of my friends and family?  (This is the big one.)  Is it too much to ask that I want to hear from my friends (in any way - text, email, phone call) at least once every couple of weeks?  Am I expecting too much out of friends and family because I thought they could help out once a month or once every other month?  There are so many ways that we could use help too.  It doesn't have to be anything huge... i.e. bringing us a meal, taking me to a doctor's appt, watching the kids so my husband can have a break every now and then, transporting my daughter to and from soccer practice, come over and keep my company for a few hours to help keep the loneliness away, etc.  Am I asking too much of my friends and family when I ask them to participate in a fundraiser once a year?

I have never thought that I was expecting too much out of people.  I guess that's because I would do all of those things and more if the roles were reversed.  Hell, I DID do that much for my grandfather and I'm dealing with being sick myself.  So, I guess I've always thought that if I could do those things for my grandpa despite needing help myself, then why can't my perfectly healthy friends and family do it for me?

Well, I think this is my main problem when it comes to relationships.  I'm sure the other things I listed play a part as well.  However, I've always wondered if this is the case.  BUT... before you say, "then lower your expectations", let me say, "I don't want to."  If the expectations I have of my friends and family are too high, then I guess I won't have friends and family (I know, they're still my family but that doesn't mean I have to have a relationship with them).  I don't want friends like that.  If it's too much to ask for my friends to do the things I mentioned above, then I'd rather not have friends.  In fact, I've stopped talking to a couple of people for that exact reason...

I do try.  I try and try and try to have a good relationship with my friends and family.  I'm not just sitting here expecting everyone else to do all the work.  I am constantly trying my best to be a good friend.  Unfortunately, my best isn't good enough.  My best does include periods of irritability.  My best does include not being able to get out and do much outside of my own home.  I am constantly trying to make other people happy.  Unfortunately that's not easy for people to see.  Why?  Because for me, going out of my way to do something for a friend may look like a normal thing for someone else to do.  For me, doing something like buying a birthday card for someone means going out of my way for that person.  Where as for a normal person, buying a birthday card and putting it in the mail is no big deal.  (I won't get into the details of how much energy it takes just to go to the store to buy a card and put it in the mailbox... but it takes a whole hell of a lot of spoons.)  So people may not think I'm doing much for them as a friend or family member when I feel like I'm climbing Mount Everest.  Something as simple as baking and decorating a birthday cake or cupcakes may not seem like that big of a deal to most people, but to me, it's huge.  Doing something like that, which I've done a couple of times for people I care about, makes me sick for days.  Why would I do that to myself?  Because I care and I want to help others and make them happy.  But it never seems like it's enough.  Despite all of the effort I put into my relationships, I don't feel like I get it in return.


After being depressed for many months now and many sleepless nights spent thinking, I've realized that nothing's going to change. And I can't make it all go away, like I've thought about many times, because I wouldn't be that selfish to my daughters.  My friends and family are who they are.  I can't make them give a shit.  If my friends make it apparent they don't give a shit, they are no longer my friends.  I have stopped talking to a few people over the last year because of that exact reason.  I'm not going to put my all into a relationship to get nothing in return.

I've decided that the only thing I can do is change myself.  I can no longer rely on the comfort of others around me to make me happy. When I do I'm only let down and hurt.... over and over again.  My entire life I've liked to be around people.  I like to interact with others.  It makes me happy.  That's going to have to change.  I'm also going to have to realize (which I should've done a long time ago) that the people in my life aren't going to help, visit, or call on a regular basis.  And some of the ones who do are going to hold it over our heads that they do help.

So, the one thing that I'm going to change in an attempt to make this horrible emotional pain stop is my thoughts about others.  I now know that, aside from my husband and children, I am pretty much alone in this journey.  It's not that I'm changing my expectations of my friends and family, because in my heart I know that that's what family who cares and true friends do for those they love; I'm just realizing that many of the people in my life are unable to be the friend that I need.  I have held on to the hope that everyone would change and be the loving, caring, helpful people that I need.  After 3 1/2 years I need to realize that if it hasn't happened yet, it's not going to happen.  There are a couple of people who have been there for me physically and emotionally.  Aside from them, I just need to quit holding out hope that the other people in my life will change.

Does this revelation change things?  Not really.  It's almost more depressing.  At least before I still had hope that people would be there for me and I would eventually have the kind of relationships that I dream about having.  Now I know that that's not going to happen.  It helps in a way because I won't keep getting let down by the people in my life.  But it also hurts.  When I get down because I am lonely or need help, I can no longer think, "maybe someday this person will visit me more often, or that person will help more often."  I, instead, just have to come to my senses and realize that that's not going to happen and my life is the way it is. 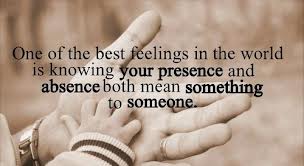 I can't say how much I will be posting in the near future.  It took a lot just to post this one.  I still have that feeling of "why am I even doing this?"  Of course, that has applied to a lot more than just writing in my blog lately.... such as life....