Hopes. Dreams.  We all have them.  Right?

Goals. Bucket lists.  Plans.  Intentions.  Purpose in life.  Ambitions.  Aspirations.  No matter what you call it, everyone has them.  Or do they? 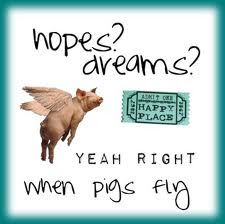 Tonight I was sitting in bed talking to my husband.  I looked down at my feet and thought, "Man, do I need a pedicure."  Now, with the way my brain works sometimes, that one little thought turned into deep thoughts about hopes and dreams.

You see, after thinking that I need a pedicure I realized that I won't be getting one.... ever.  At least not if I'm paying for it.

Maybe I should come up with an abbreviation for the parts of my life - PM for pre-mito and AD for after diagnosis. I think I'll stick with pre-mito instead of before mito so the abbreviation isn't BM.  I talk about BMs enough in my blog. 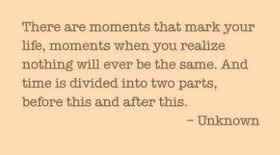 So, PM (pre-mito) I would look at my feet, think I need a pedicure, and then think "when things settle down in our lives" or "when our money situation gets better I'll get one."

That goes with anything I would have hopes or dreams about.  If I was thinking about traveling to Europe, I would just say to myself "when I get older and the kids are out of the house" or "in a few years when my husband and I are making more money, since we will both slowly advance in our careers."

PM, if we were going through a difficult time financially, I could look toward the future when everything would be back to normal (my husband would be employed, we've paid off our debt, the extra medical bills are gone, etc.).  AD, there is no end to our financial difficulties.  We can't pay off our debt because we still don't have enough income to stay above water each month.  The medical bills are only going to continue to grow as I continue to have more health problems.

PM, I could look forward to riding our motorcycles again after we sold them because we had a baby on the way that was going to keep us happily busy for a couple of years.  PM, I could look forward to my next trip to Colorado to hike and enjoy time with a good friend.  AD, I can't drive a motorcycle due to my muscle weakness (and we, of course, can't afford one anyway) and I won't be climbing any more mountains in my lifetime.

PM, I could look forward to my yearly raise and a possible promotion in the future because I took pride in my work.  AD, there is not yearly raise for social security disability and there's not much I take pride in anymore either. 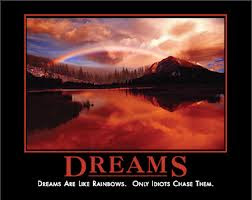 Maybe everyone is like this, but I always had big dreams.  I planned on returning to school to get my masters degree in order to be a nurse practitioner (and double my salary - but that's not the only reason why I wanted to do it).  I planned on traveling a lot.  I planned on adopting an older child who's been in the system for too long and needs a loving family.  I planned on running a marathon and climbing many more mountains.

Any time I would have a thought like I did about the pedicure, I would just think that it's not always going to be this way and look forward to the future.  Things weren't always going to be that way.  It was always just a rough patch we were going through.  Or maybe it wasn't a rough patch, it was just a time in which I had to put off some of the things I wanted to do for happy reasons as well - i.e. being pregnant.  There was always the future.

However, it's different now.  Where I used to dream about the future and enjoy thinking about a time when things would be better or different, now I do all I can to avoid thinking about the future.  There's nothing there.  I don't know how things are going to be next week besides next year or 5 to 10 years from now.  All of the things I hoped and dreamed for are impossible now.  Whether it's because of money or my health, I'm not going to be able to do the things I have always dreamed or hoped to do.

Many optimists out there are probably saying, "make new dreams" and "you can still find a way to fulfill your old dreams".  Well, if you were in my position, you would understand why that isn't true.  Make new dreams?  I may be sick but my mind is still the same.  I still desire the same things.  And the second reason why that's not possible is the same reason why it's not possible to find a way to fulfill my old dreams... I don't know what my body's going to do from day to day.  I can barely make plans for this weekend besides 5 years from now.  This is a progressive disease.  Unfortunately, I have seen the progression in the 2 1/2 years since I've been sick.

As I lay in bed thinking about all of the things I would like to do with my life, it occurs to me that I'm too sick to do most of them.  Let's just say, for one minute, that I'm not too sick to fulfill some of my dreams.  Everything costs money, and lots of it.  That is something that we don't have.

So, for now, here I sit.  In the present.  Not looking toward the future.  I have nothing to look forward to.  So I push on, day by day.  Living each day as they come, just hoping that my disease will not get worse.
Posted by Robin at 11:04 AM